The early history of the Boner Center, as it is now called, and NESCO are essentially inseparable.  Richard (Dick) Moore was the Pastor at Centenary Christian Church and one of the ministers on the near east side who started what became NESCO and was elected Vice-President of NESCO at the first annual Congress.  Sometime ago, Dick wrote down what he remembers of the early days of NESCO and the Boner Center. It seems fitting to share those memories of someone who was in the trenches in the early battles.

Dick Moore’s Recollections of the History of the Boner Center

I believe this all began when a group of churches decided the near Eastside needed some sort of organization to address the growing needs of our community.  We formed what we called the Near Eastside Community Association (NECA) in early 1970. We had very little idea what we were doing, or how to get it done – but we met, and talked.  The idea of “revenue sharing” was born in Congress somewhere along here.  I guess it was Nixon’s idea, actually.

Community Action Against Poverty (CAAP) realized that it would play an important role in the decision making about this money and how it was spent in Indianapolis.  In the winter of 1970-71, they hired Pat Farrell, a former nun and graduate of Saul Alinsky’s school for community organizing, and sent her to the near eastside. She visited every organization that would listen to her and helped us create the Near Eastside Community Organization (NESCO), which replaced NECA.

At our first NESCO Congress, in the spring of 1971, we set priorities, elected officers, and designated committees.  Bill Quick was elected President and Dick Moore was vice president.

The initial funds had begun to flow, and CAAP hired Duane Etienne and Don Boner as Director and Deputy Director to lead NESCO.  NESCO would be the strong advocate for everything that followed.

Mayor Richard Lugar’s Department of Metropolitan Development, under Michael Carroll, had already done an extensive study of the near Eastside, called the Highland Brookside Project, and that study was the framework on which most of our priorities were based. It called for a better and more localized delivery of health care services, and a social services agency from which decentralized services could be provided.  Out of that, of course, came People’s Health Center and the Near Eastside Multi Service Center.

Duane and Don held interviews in the early fall of 1971, and hired Bill Quick to direct the health center and Dick Moore to head the community Center, with John Boner as deputy director. With very limited funds, we had begun a very primitive health facility on Oriental Street under the direction of Tony Lawrie, an R.N. who had returned from Viet Nam and been contacted by Pat Farrell.  Toni gave shots and somehow (probably illegally) referrals to hospitals.

The City County Council voted on the allocation of the revenue sharing funds in October 1971.  While John and I sat there listening, they initially voted down any funds for neighborhood centers because they had heard that Legal Services Organization (LSO) was going to be a part of them, and they were afraid of this “liberal” organization.  An hour or two later, I left the meeting but John stayed to the end.  I went home, to stay up all night worrying about the Center and what John and I would do now since we were both unemployed.  When the morning paper came, there was a sizeable article saying that late the night before, the Council reversed its vote (under great pressure from Lugar) and the Centers were back in existence.  Close call!

When the money started to flow (almost immediately) we rented an “office” in the Brookside Building, a dirty storefront on Beville Street just north or the current entrance.  We began November 1 with the employees, Jan and I and Fannie (whose last name I forget).  We had a card table, three folding chairs, and a telephone to start with.  It wasn’t long until we put up walls for small offices, including two for NESCO.

Several months later the second floor of the southwest corner of 10th and Beville became available, and we rented it and moved. (I believe it was an Odd Fellows Lodge that disbanded. It was an open space office with no privacy for anyone.

It wasn’t long before we realized that we wanted to break away from CAAP and incorporate on our own.   Te problem was, we had no money and the City’s system was “spend/reimburse”. We had been using CAAP money for cash flow.

I went to John Lynn, who at that time single-handedly ran Lilly Endowment, and asked for $49,000.  If you wonder about that odd amount, it was exactly the equivalent of six weeks of our revenue sharing budget. Six weeks was the normal turn around time for the City’s reimbursement cycle.  John Lynn wasn’t long in responding.  He came out to have a talk with me, and I remember him saying, ‘You think of this as an extension of your ministry, don’t you?”   He and I had both been loosely related to the group that sponsors the President’s Prayer Breakfast, and for a while the Mayor’s Prayer Breakfast. John was a very religious man. His remark was a bit of a stretch, but far be it from me to disabuse him of the thought.

About two weeks later, the money was granted, we filed incorporation papers, applied for 501 (c) 3 status, and were soon on our way.

Meanwhile, People’s Health Center also incorporated and moved to an old furniture store on New York Street.  The whole community helped clean it up and painted it.  I don’t remember what they did for cash flow.  Bill Quick was the director.   I mention these things about People’s only because we all were so closely involved.  I was originally the chairman of NESCO’s health committee, and served on the People’s Board for several years.

Back to the office, we had a terrific ice storm one night, and the roof partially collapsed.  Fortunately, no water came in to destroy records or furniture, but it was a dangerous situation even though we remained for several weeks.

John Boner began negotiating with Dr. Ball for space (again) in the Brookside Building.  John had enormous persuasive ability and as it became empty, we rented the entire first floor except for Dr. Ball’s office. Once again we moved – for the last time.

We bought the old house sitting next to the Brookside Building, rented it back to the program and used it as our Senior Center.  Martha Jackson was the original director, followed by Helene (Smukala) Cross.  We purchased a van, actually owned by the City, since they said it was their money, to provide transportation for seniors.  We also provided a daily lunch program and varied activities.  At Thanksgiving, Helene and Kathryn Snedeker (also an employee) and numerous volunteers, prepared and served dinner to any senior who wished to attend.

All the recorded sessions from the previous Community Justice Academys. indy.gov/activity/commu…

MCPO announced that his office will host the 12th annual Community Justice Academy virtually in October. Topics will include information about crime prevention strategies, criminal justice process and public safety. The program is free to the public. eventbrite.com/e/community-ju…

This makes me wonder about the future of Downtown... gallup.com/workplace/3977… 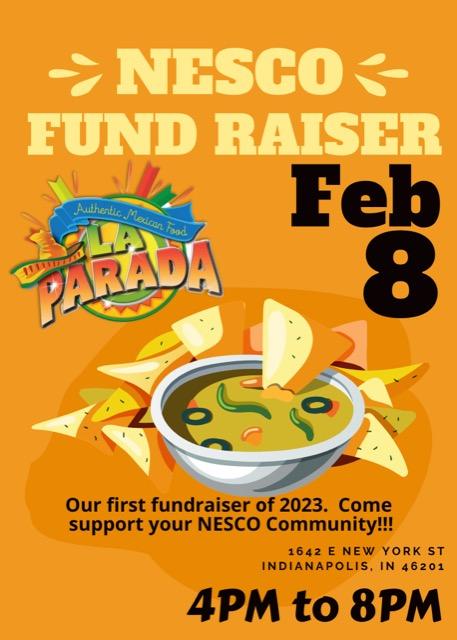 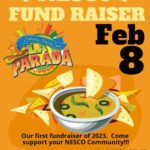